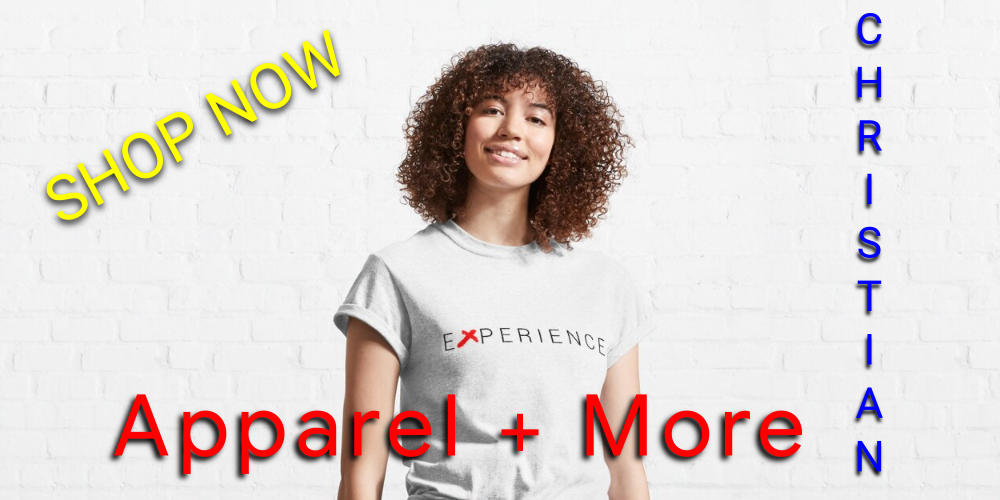 Psalm 130 begins with the words, “out of the depths, I have cried to you, O Lord.” Throughout the great tradition, the prayer “de profundis,” (out of the depths) has been one of the most powerful expressions of our reliance upon God. When our lives have bottomed out, when we are lost and at the end of our strength, we turn to God. The cry of the apostles in the boat, as the waves crash...

From Word on Fire
By Bishop Robert Barron
February 14, 2021

Friends, Lent is a marvelous opportunity to deepen our lives of prayer, to temper our desires for food and drink, and to engage in a graced time of alms giving. Let’s use this season to get our bodies and our behavior patterns in order, to show our love and service in very concrete ways.

From Word on Fire
By Bishop Robert Barron
January 9, 2022

Friends, when we are baptized, we are grafted onto Christ, who has anointed us all as priests, prophets, and kings. Let’s live out that identity.

From Maryknoll Office for Global Concerns
By Susan Gunn
September 8, 2018

In the Africa region, every Maryknoll missioner works with those affected by HIV and AIDS in some way. Maryknoll Father John Sivalon wrote, “I doubt that there is anyone in sub-Saharan Africa who can actually say that they don’t know somebody personally who has been affected by the AIDS epidemic. In Tanzania, Namibia, Kenya, Ethiopia, Sudan, Mozambique and elsewhere, from presidents to peasant farmers, they have all seen either their own children, their nephews and...

From A Catholic Moment
By Joseph LaCombe
March 24, 2019

I love to stare at a fire. I love the comfort that it provides. Not only does it provide a physical warmth, but for me, it also stimulates a spiritual and mental warmth. Whether it’s in the fireplace on a cold winters night, or a summer campfire – fire mesmerizes me. The crackling of the wood as the flame – from blue to orange to yellow – yields to sparks that fly upwards and disappear...

Rise to the Challenge

From A Catholic Moment
By Joseph LaCombe
February 10, 2019

One of the things I really love about sports is how the really good players make those around them better. When you have someone who is not only a great athlete, but a great leader and motivator – it makes their teammates better. I’ve seen it over and over. And I’ve experienced it. They motivate others to rise up to the challenge and play at a different level.

From A Catholic Moment
By Joseph LaCombe
December 16, 2018

Anxiety. Worry. Fear. All things we struggle with in our daily lives. We too often think about the things that have not come to pass nor ever will be. A figment of our imagination. But for so many of us, it becomes all too real.

Pray for Your Calling

From A Catholic Moment
By Joseph LaCombe
January 9, 2016

I think one of the most overlooked aspects of Jesus, is really just how much he prayed. The New Testament is littered with His wisdom and miracles that He performed, and rightly so. But through it all – during the good times and the bad times – he prayed devoutly to His Father. The Gospels talk often about how He prayed before doing something, while He was doing it, and he would withdraw by Himself...

Let There Be Peace on Earth

From A Catholic Moment
By Carolyn Berghuis
December 24, 2015

Today we celebrate the birth of our Savior Jesus Christ, Prince of Peace, and what a glorious day it is! The light who, not only created us, the light whom we live, move and have our being within has entered into the world. Yes, our Savior is our Alpha, our Omega – our everything! Today’s Gospel so beautifully reveals the fullness of the truth of Christ. Oh how many exquisite hours we could spend bathing...

Why did Jesus appear, suddenly, and so changed, to his closest followers? The gospels are meant to raise these questions. They were written, to report the strangest and most important event in human history, something quite unlike anything else we are told. That was the point of writing them.

The Psalms of David were the prayer book of Jesus, as they were the prayer book of his own Jewish people. He was praying psalms at the end of his life, as he lay on the cross: ‘My God, my God, why have you forsaken me? … Into your hands, I commend my spirit.’ Psalms of lament, psalms of praise, all written centuries before the coming of Christ, found their fulfilment in his prayerful offering...

Most of what we read or hear in today's Gospel presents us with very little difficulty, but there is one particular phrase that can sometimes cause puzzlement to people, however simple or innocuous it sounds: 'you may ask what you will and you shall get it'. Now commonly I and many others would take that phrase to mean that if I wanted something enough and asked God for it, then I would get what it...

Lost to the Temple

This could be a manifesto of the confidently tough-minded, of those who pride themselves on their independence and resist attempts to get them into a committed relationship to a person or a party. But it could equally be the lament of a person who feels isolated, unsupported, vulnerable to exploiters and bullies.

If we are Christians, are we spending time in prayer as Jesus did?

Do Not Burden God

Are we letting our problems overcome how we approach Jesus in prayer?

Photo by Alex Jones on Unsplash

Are we really repentful of our sins before we ask God for forgiveness?

Photo by William Farlow on Unsplash

What is preventing us from praying for our enemies?

Photo by Milada Vigerova on Unsplash

Are we reaching out to our sisters and brothers for us all to remain in communion with God?

Photo by Morteza Khalili on Unsplash

When we pray, are we allowing time to glorify God instead of just asking for things?

Photo by Torsten Dederichs on Unsplash

Are we blocking others from praying to Jesus or do we feel rejected by other Christians? 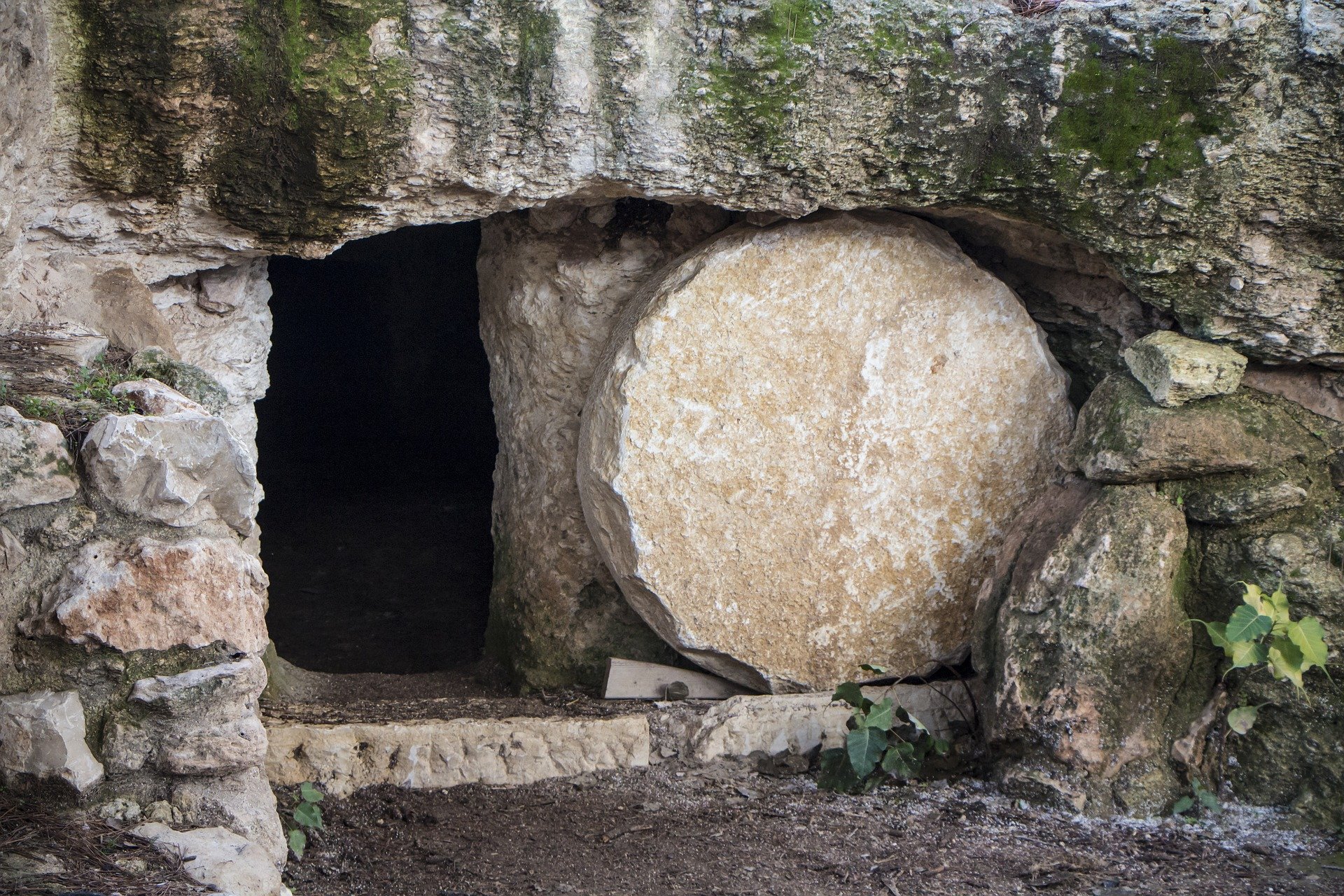 Image by TC Perch from Pixabay

Take It to Jesus

When life over burdens us, do we take it to Jesus or do we try to deal it all by ourselves?

How and when do we approach God in our daily prayer? 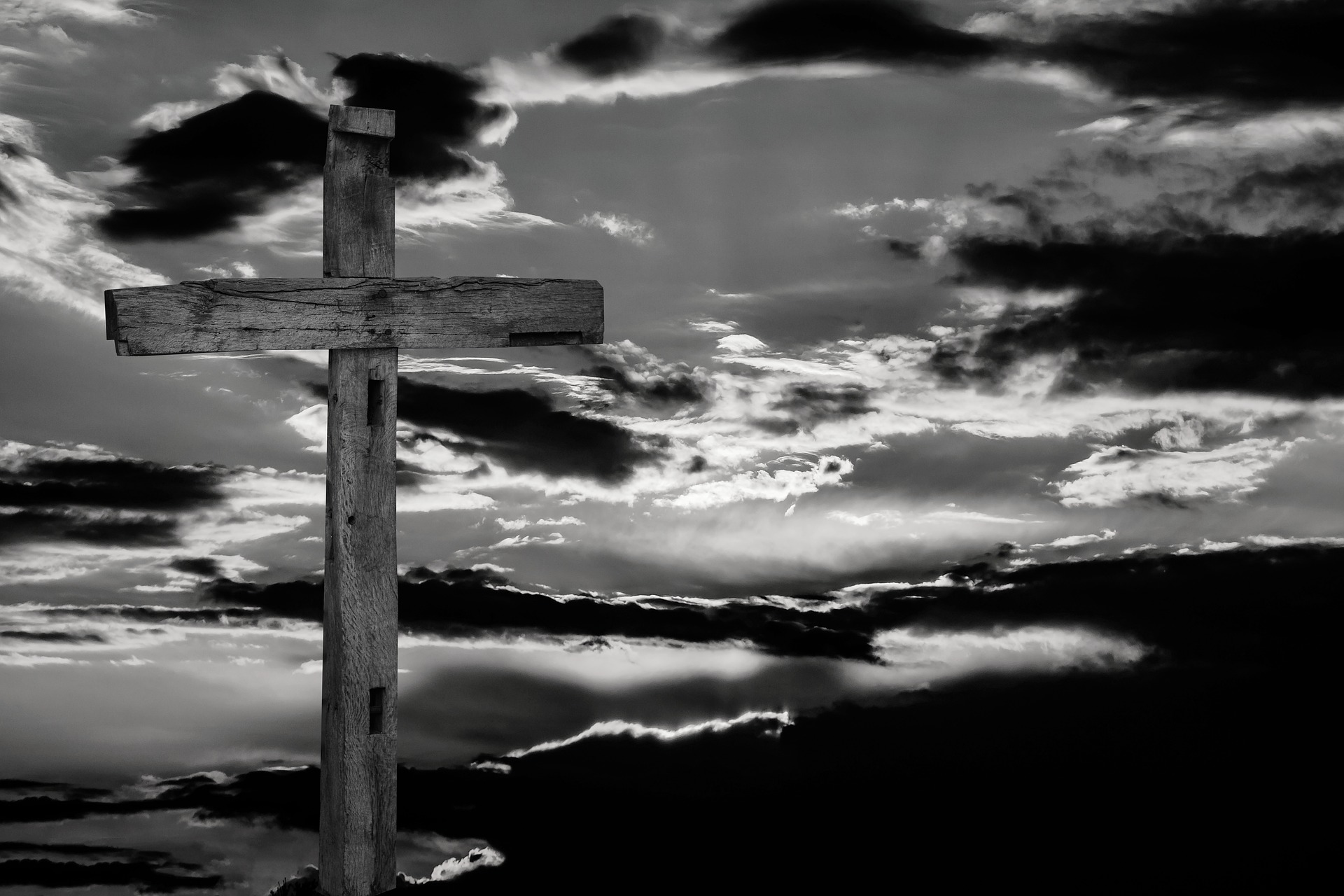 Image by congerdesign from Pixabay

Where is our focus when we pray to God? Is it on ourselves or God? 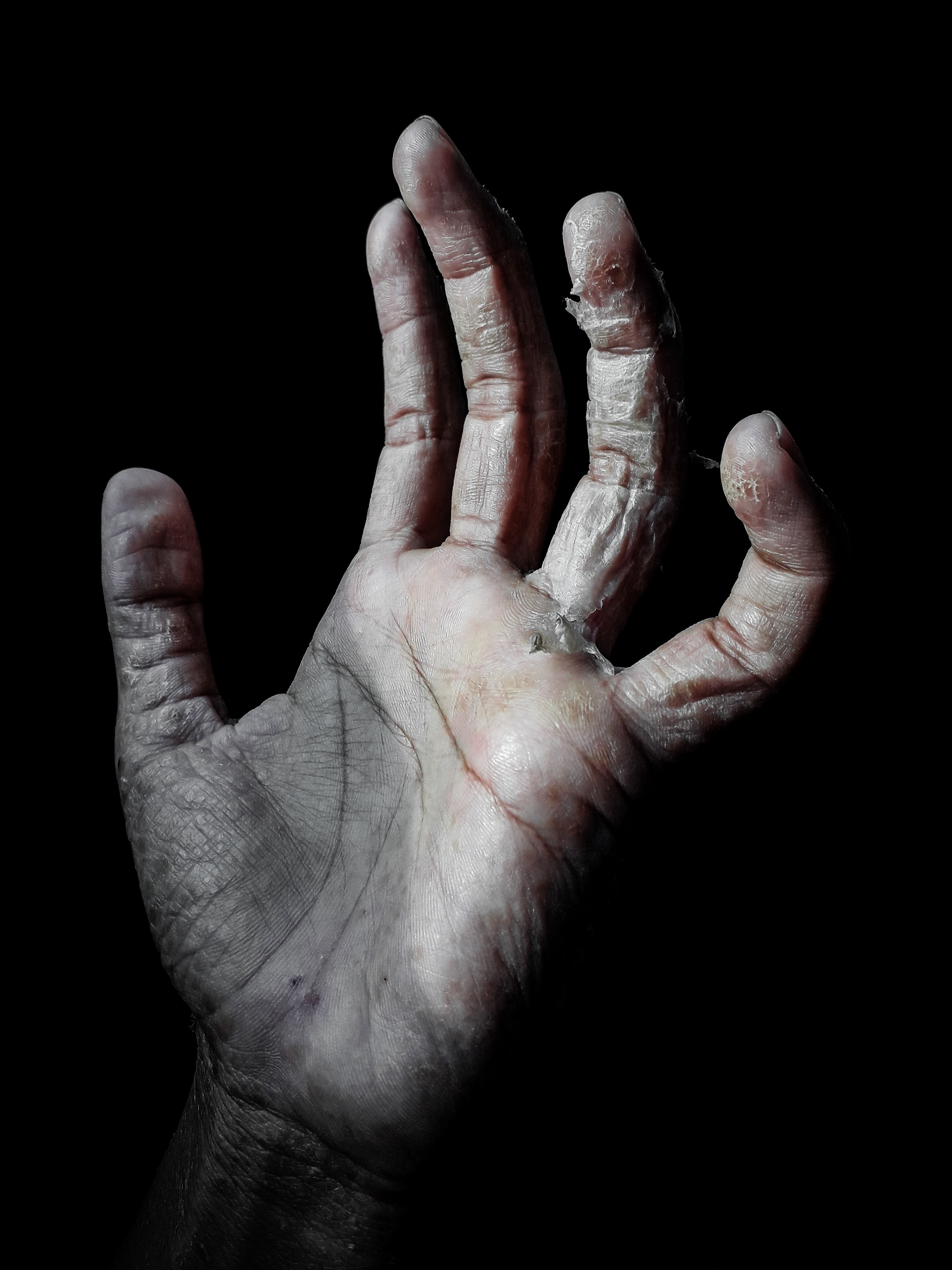 Photo by Nazmi Zaim on Unsplash

Although it is difficult, we as Christians must love our enemies.

Photo by Benjamin Voros on Unsplash

God in My Soul

Are we being grateful and thankful to God throughout our day? 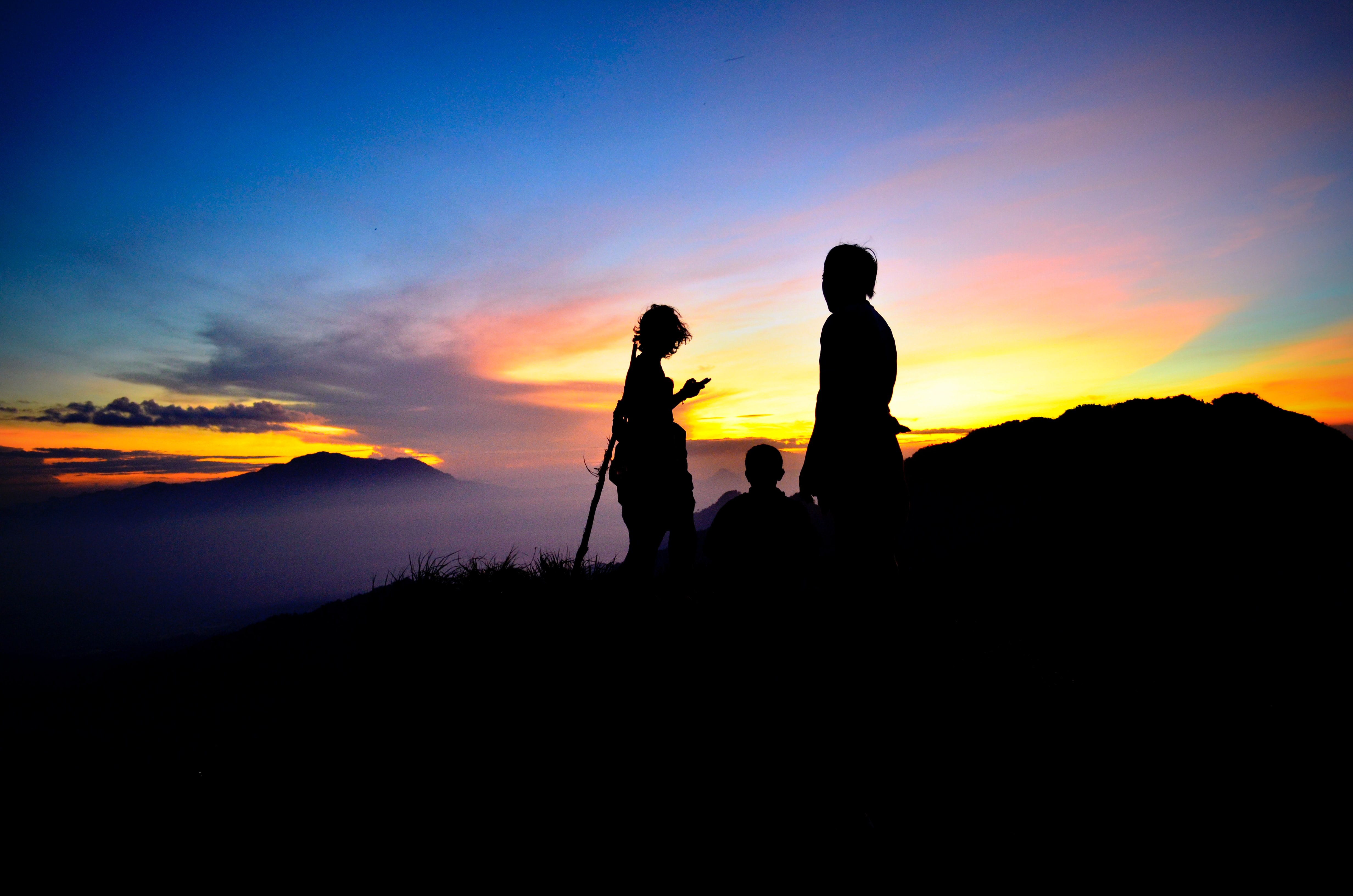 Photo by amalia elmadjid on Unsplash

What can the married couple of Tobiah and Sarah teach us today?

Photo by William Farlow on Unsplash

Are we properly focused on Jesus' resurrection or are we still seeking earthly things?